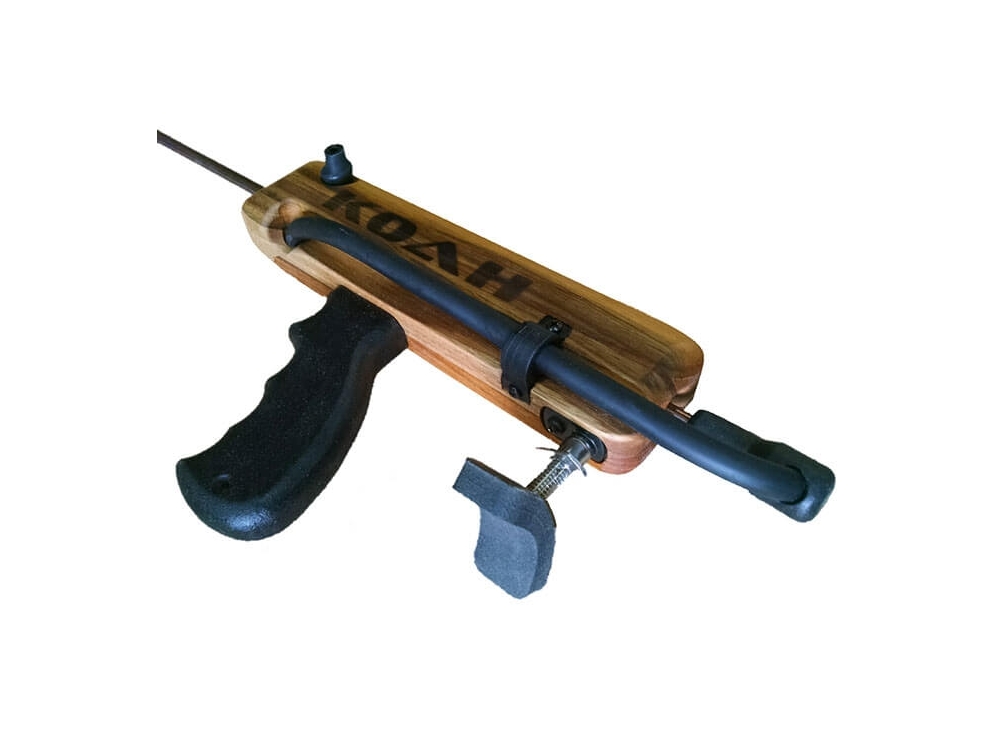 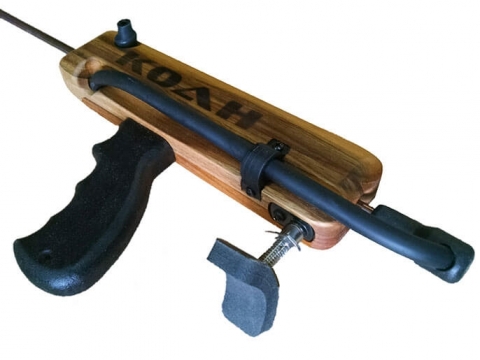 The Koah Side Sling MX is the newest (2016) version of the Koah Sling. Main differences from the previous version are the center hole, front mounted bands, and heavier 7/16" power band. Recommended spear is 7mm (9/32) x 60". A lighter (shorter and/or smaller diameter) spear results in a little higher velocity and less penetration. A heavier spear (longer and/or larger diameter) is a little slower and has more punching power.

Its no secret, spearguns are not allowed in the Bahamas nor is any spearing apparatus that utilizes a trigger/holding mechanism. So for 2016 we decided to maximize the potential of the current Koah Side Sling to give you even more control, power and accuracy. It is also now ambidextrous meaning it can be used by both left and right handers with its center hole position.  This was accomplished by supporting the smaller wrist and flexor muscles that traditionally support and control sling band pull by installing an adjustable wrist support. Then we put the handle on the side which utilizes the larger triceps and shoulder muscles for better control and counter band pull. The over / under band design allows for a smooth pull back by allowing the natural force of the bands to "fight" each other  to keep the sling from wanting to move up or down giving you a true, straight pull. The strong grip handle is double coated in an abrasive based enamel. The NEW custom Koah shaft holder for the sling now slides into the back of the sling and holds in place to allow effortless shaft to sling cup alignment. Sling body has multiple penetration coats of marine grade teak/tung oil. Comes with a 7/16 power band.