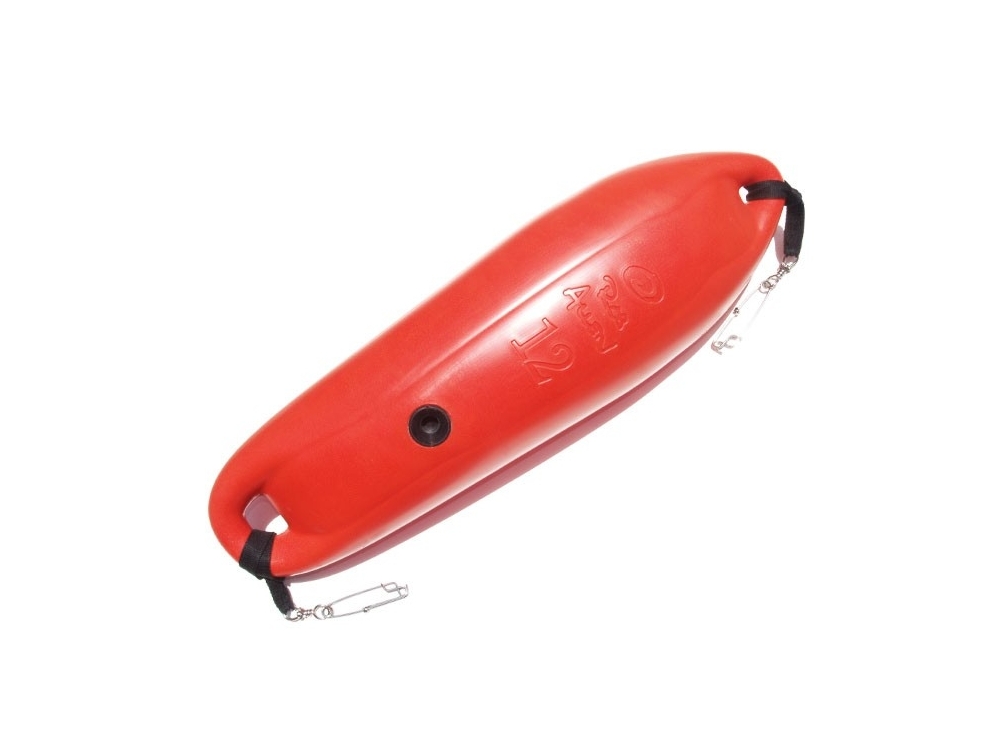 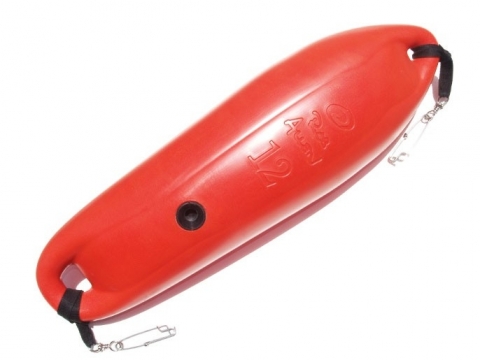 This is the overblown version. Overblown means more foam was added to the float than the standard 12L foam filled float, resulting in the outer shell expanding more and the float acquiring a rounded profile. In comparison to the flat profile of the standard 12L foam blown float, this rounded profile greatly improves the float's ability to right itself if tipped over when used with a flag kit and ballast. The overblown 12L hard float comes with a weight/ballast included, front and rear removable Nylon straps with tuna clips. It incorporates a threaded attachment point for the US diver down flag + mast kit which is available separately. The float is 28" long and 8" wide at its widest point. Together with the ballast it weighs 5lb.

The new Rob Allen float tough Polyethelene shell is blown with a high quality PU foam formulated to specific requirements . The blowing agent and catalyst harden the foam into a closed cell structure with greatly increased density against the shell, thus increasing crush resistance for the day the float is dragged under by a sounding fish.